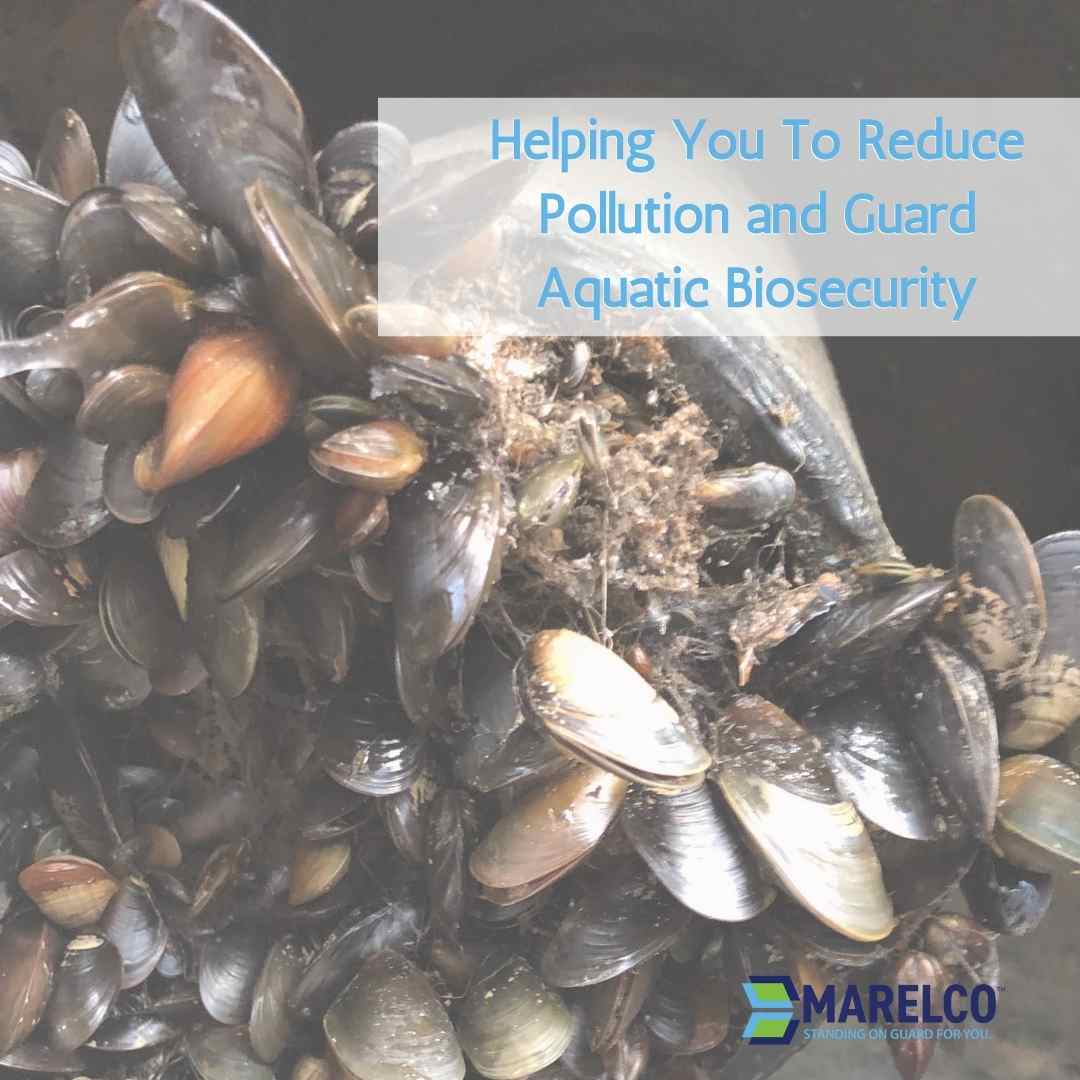 Decarbonizing to help prevent pollution is marine world-speak in 2022. But reducing carbon emissions and preventing pollution is not the only environmental concern and challenge for the marine industry. Biosecurity is a second—not a secondary—environmental concern and challenge. Antifouling is one bang-for-the-buck way for ship owners/operators to contribute to reducing pollution and aquatic invasions.

Why? Because biofouling worsens the pollution problem and threatens ocean biosecurity.

As we have pointed out in our previous blogs, antifouling improves a vessel’s fuel efficiency, reducing carbon emissions and pollution. Decarbonizing is arguably the number one challenge facing the marine industry. In June 2021 the International Maritime Organization (IMO) mandated the Energy Efficiency Existing Ship Index (EEXI) and Carbon Intensity Indicator (CII) measures, with first vessel ratings required by 2024, as two short-term strategies for meeting pollution-prevention goals.

Biofouling is a known vector of invasive aquatic species (plants, animals, aquatic life, and microorganisms that invade and out-compete native species). Invasive aquatic species “don’t respect borders”[i] and are ecosystem disruptors.[ii] They threaten biological diversity. They also threaten the human health and/or economic activity (via the disruption of fisheries) of the new environment they’ve translocated to.[iii] The Antarctic and The Great Lakes in North America are two examples of where invasive species have been introduced by vessels traveling from ports and oceans around the world.

Unwelcome alien barnacles, mussels, crabs, and algae from around the world are gradually hitching rides on research, cruise, and cargo ships to Antarctica, resulting in imploring calls for improved biosecurity measures to protect Antarctica.iii The Great Lakes have long since been invaded. Over the past two centuries, a staggering almost-190 invasive aquatic species have made the Great Lakes their home. This is far beyond that of any of the world’s other freshwater systems. Of these colonizers of the Great Lakes, ballast water is responsible for 65% of them. According to Anthony Ricciardi, a professor at McGill University, ballast water has also been the bearer of bad-news invasive species to coastal ecosystems worldwide, where “some of these species have caused documented impacts on biodiversity, on ecosystem functioning, and some have had impacts on human well-being by affecting fisheries and human health.”i

“Let me make this clear, and this is important. The Great Lakes are still vulnerable to invasive species, especially from other vectors. I don’t want people to think that the problem of the invasion of the Great Lakes is solved. It isn’t. It has been mitigated greatly because of the (ballast water) intervention.”

But other vectors are also culpable of introducing invasive aquatic species, biofouling being one of them and perhaps “even more powerful than ballast water”.[iv]

Antifouling interventions will help to solve the problem of invasive species in fresh and ocean waters. Green Marine https://green-marine.org/, a voluntary environmental certification program for the North American maritime industry, encourages ship owners/operators to “[r]educe the risk of introducing and propagating aquatic invasive organisms and pathogens associated with ballast water discharges and biofouling” (emphasis not in the original). More compelling, however, for making the case for antifouling, is the expectation that, because of biofouling’s effect on efficiency and its being a powerful vector for invasive species, “some international regulation may well be forthcoming in the near future to add to local regulations already in place.”iv

Using effective antifouling systems will increase energy efficiency, reduce the carbon emissions of a vessel, and reduce the translocating of invasive species. Given the susceptibility of a vessel’s internal seawater systems and other niche areas and surfaces to biofouling, it is key to take a comprehensive approach to protect these areas from biofouling by using antifouling coatings and an electrolytic MGPS.

Biosecurity is an environmental concern and a big challenge for the maritime industry. Biofouling is a well-documented vector of invasive aquatic species. Compounding the problem of biofouling, and therefore, of biosecurity, is the fact that shipping traffic is increasing in number and size.[x] Antifouling measures have a viable, feasible, and real-world contribution to make to biosecurity as an environmental cause and concern. EMCS Ltd. is keen and ready to partner with ship owners and operators in a vessel-by-vessel way to support their bid and environmental conscience to contribute to the global efforts of reducing carbon emissions and guarding the biosecurity of our world’s waters, fresh and salt.

P.S.  Antifouling measures have an added bang for the buck for ship owners/operators! The reason is that biofouling itself sets up and exacerbates corrosion (known as “microbiologically influenced corrosion”) of a vessel’s hull and internal seawater systems. Internal seawater systems are a well-documented and much-discussed sub-vector of non-indigenous species translocations and invasions. Managing biofouling of ships’ internal seawater systems is therefore not only of exquisite environmental concern for biosecurity but by reducing the likelihood of setting up and catalyzing microbiologically influenced corrosion and also has the added value of minimizing the rampages of corrosion for a vessel. Two reasons why we at EMCS Industries Ltd. are invested in what we do.

Copper Shortages- Be proactive and dry dock ready! With the rise in inflation, severe copper…

Decarbonization and the Sulfur Cap Dance

The Challenge is on for Container Ships to Comply with EEXI, CII, Decarbonization, and the…